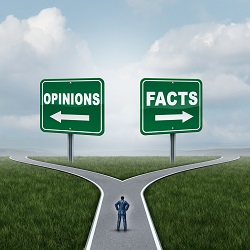 Unconscious bias can be one of the biggest barriers to workplace equity. It can take many forms and, left unchecked, lead to a workforce that doesn’t look all that diverse.

One successful example of removing unconscious bias involved orchestras’ efforts to diversity their ranks. While stating good intentions, orchestras overwhelmingly were hiring men years ago. But once they switched to blind auditions, the results changed. Researchers found that having musicians audition behind a screen for a panel that cannot see them made it 50% more likely that a woman would advance to be a finalist.

Speaking at the SHRM Inclusion 2020 conference, attorney and unconscious bias expert Kelly Charles-Collins raised several other examples of implicit bias. The most powerful involved a video example of name bias. Frustrated by his inability to land a job interview, Jose Zamora dropped the “s” from his name on his resume.

Applying to the same people who hadn’t responded previously, all of a sudden “Joe” Zamora received several callbacks from interested companies. Charles-Collins noted that experiences like this lead minority candidates to engage in “whitewashing” where they feel compelled to hide part of themselves to advance their careers.

An employer’s ability to remove names from initial resumes is one way to ensure an even playing field and take unconscious bias out of the equation.

“We all have unconscious biases, and they’re not just about gender and race,” said Charles-Collins. “But while we can’t cure it. We can disrupt it.” And, she discussed several actions managers can take to limit their effects, including:

Whether unintentional or not, the effect of unconscious bias on a targeted employee is the same. For instance, Charles-Collins pointed to an especially loaded statement that can arise in hiring and promotion decisions and lead to a lack of diversity – “I don’t think this person is a good fit.”

Why not? Decisions, she observed, need to be based on something more objective and substantial rather than snap judgments.

Some other potentially damaging forms of unconscious bias include:

Speaking on an XpertHR podcast earlier this year, fellow unconscious bias expert Dr. Sondra Thiederman noted that positive biases can be just as damaging as negative ones. For instance, she said these “positive” unconscious biases can prevent HR from seeing candidates as they really are:

One way to cut through unconscious biases, Thiederman says, is through expanding employee resource groups to find more commonalities that cut across racial, ethnic and gender lines. As examples, she points to veterans’ groups, parent resource groups or groups for employees with elder care responsibilities.